One thing Mike Love has been adamant about since his musical rebirth back in 2012, always point north.  He vowed to only do things that make him happy and make music he wants to make and after coming off his musical sabbatical about ten years ago, for the most part, he’s been able to do just that.

His recent resume includes his 2012 album Gypsy Man and his 2018 EP Lost Highway.  Both were comprised of music he wrote, done the way he wrote them, and served up to the world the way he wanted them…and the fans loved them.  Gypsy Man produced two singles that appeared on the Texas Regional Chart and Lost Highway produced three, with each one peaking higher than the last.

Mindful that he didn’t want to go years between new music again, it became clear to him that he had the perfect new song to keep his momentum going and launch him into this new decade.  The only thing was, it wasn’t truly new.

That’s OK though.  Sometimes you have to go backwards to go forward again.

Love’s new song “Wild Horse” isn’t a retread.  Instead, it’s more like a restored ’67 Pontiac GTO; great bones when she rolled off the assembly line but even bigger monster with a new engine and paint job all these years later.

“Wild Horse” is actually a song I did a long time ago.  I recorded this for an EP I did back in the late Nineties, probably around ’99 or something there.

“It’s a rodeo song.  Now I’m not a rodeo guy or anything, I’ve never even ridden a bull, but I just love this song.  It’s a great, genuine country song with a great message about work ethic and never giving up.”

Love took the tune back to the famed Rosewood Studio in Tyler, TX where Lost Highway was recorded.  Once again, he surrounded himself with the same group of top tier musicians that worked on Lost Highway in Nate Coon (Aaron Watson), John Carroll (Cory Morrow), Milo Deering (The Eagles and Don Henley solo), David DeShazo, Sean Giddings and Drew Hall, who co-produced with Greg Hunt.

What emerged was one of the more authentic pieces of country music radio has seen in the last decade.  Within the first ten seconds of the song, you know this isn’t manufactured country.  The inviting drums and warm tones of a telecaster reach right out and wrap their arms around you which allows the pedal steel to start and sway you back and forth.  A few seconds later Love’s voice slips into your ear and it’s good night Irene.  You have no choice, you’re hooked.

With such a great song, it begs to question why only one as opposed to a full album or at least an EP?

“I’ll probably do another EP at some point but like I’ve said in the past, people don’t really buy albums anymore.  They stream songs so I don’t think there’s much point in recording an album, other than to have a collection of music.  If I do things like this and kind of go song by song, I can release three singles a year and spend my time promoting them.

“Plus, studios are expensive!” he says with a laugh.

Another reason for the new approach is Love doesn’t want to go long periods of time between music.  Six years passed between Gypsy Man and Lost Highway and more recently, it’s been two years since Lost Highway.  With a song by song approach, it’s easier to get in and out of the studio, it keeps radio churning with new music and most importantly, it gives fans something new to on a much more consistent basis.

In addition to that, by not being hunkered down in the studio for months on end recording an album, Love is free to gas up that tour bus and hit the road.

Much like in the past the plans are to keep hitting the Midwest but as his audience grows, he’d like to push the boundaries of his tour itinerary as well.  2019 saw him going further west to Las Vegas and pushing further east into Iowa.  Perhaps 2020 can get Mike all the way to the West Coast and over the Mississippi River.

“We love playing live.  We’ve been focused on our regional area a lot in Kansas, Oklahoma, Nebraska, Colorado, things like that.  Over the years we’ve been at about 100 shows a year and for us, that’s a good spot.  We like doing the club dates but we’ve got some fairs & festivals on the docket too and those are always fun.

“It’s just fun to plug in and play.  We bring the full band, we’re a high energy show.”

Another benefit to getting out on the road more is it gives more people a chance to discover your music.  With his songs doing better and better at radio and the growing popularity of streaming services like Spotify, Love has seen his audience grow year after year not only in numbers but in age.

“It’s nice to look out and see people up in the front of the stage and singing along.  There are times where after the show, I’ll be at the merch table and everyone is coming over to talk and hang out.  It’s a real cool, intimate kind of thing.”

The ages are pretty broad too.  For the most part Love draws well with the twenty-somethings and thirty-somethings, but he’s seen both edges of that spectrum push outward as well.  At some all ages shows he’ll see kids in their young teens and adults well into their 60’s.

Yes sir, things sure are different from his days in the 90’s when Love chased the Nashville dream only to get turned down, around and inside out at every corner.  Now older, wiser, and comfortable in the shoes he’s in.  He can look out from behind that microphone and take pride in the fact that he’s being true to himself and not trying to fit someone else’s mold of what he should sound, look and act like.

“I’m out here doing this the way I always wanted to do it.  I’m making the music I want to make and it’s connecting with people on the radio (or however they get their music).  Then my buddies and I climb up on the bus and we go play it live for them.

“When you’re a kid wanting to play in a band the dream is to have your own records, have your own bus and play original shows.  That’s what we’re doing.  I may not be a huge star but we’re building up a regional following and getting to do what we want to do.” 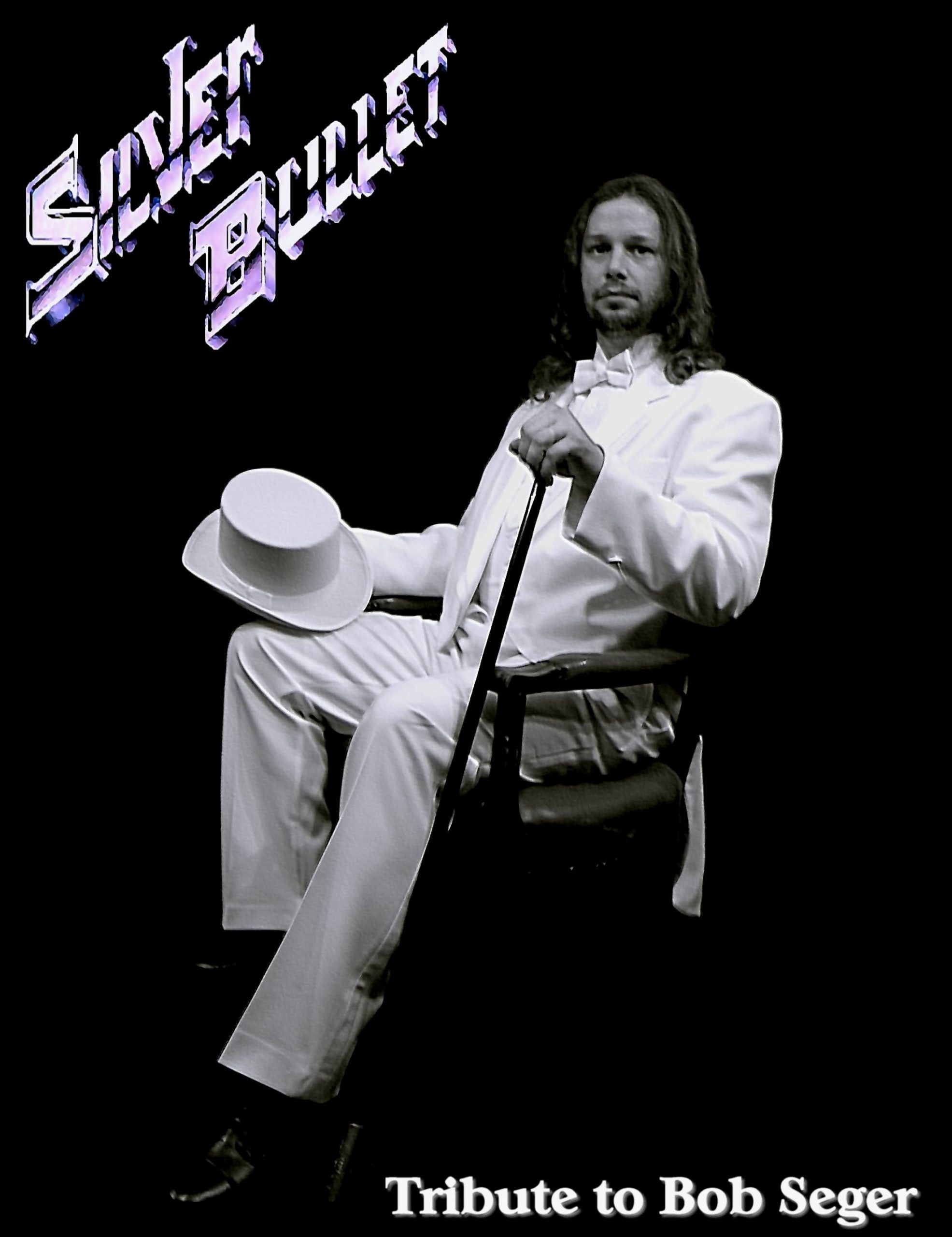 The Silver Bullet Band – Get in your car, turn on the radio, and start flipping the dial. No matter where you are, it won’t be long until you run across a song by Bob Seger. From classic rock to adult contemporary and even reaching into country formats, Seger’s unmistakable voice has established itself a true American classic and a constant presence on the airwaves. As a songwriter, his compositions have been covered by artists from Metallica to Garth Brooks to Tina Turner. Meanwhile, Chevrolet’s use of the Detroit native’s song “Like a Rock” to promote their trucks is now one of the longest-running advertising campaigns in history. With a career spanning almost 40 years and nearing 50 million albums sold, Bob Seger is one of rock & roll’s most enduring icons.

Fittingly for an artist whose best-known song, “Night Moves,” was inspired by a viewing of George Lucas’s film American Graffiti, and whose “Old Time Rock & Roll” created an unforgettable air-guitar moment for Tom Cruise in Risky Business. Seger’s timeless catalog continues to sell week in and week out, a tribute to the universal emotions and clear-eyed observations captured in his best work. With hit records now spanning five decades, Bob Seger is a genuine voice of our rock & roll heartland 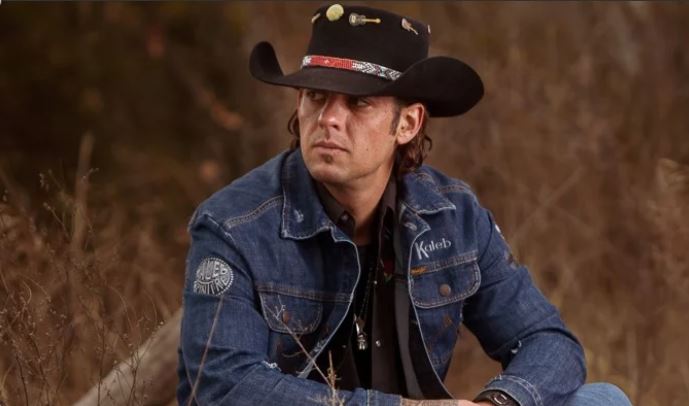 Kaleb McIntire is from the piney woods of Joplin, MO, in a small town called Diamond Missouri, where he called The Ozark Mountains & Branson, Missouri his Home. McIntire grew up playing gospel music on the road.  At age 6, McIntire began playing the piano, then moved onto playing the drums, and then eventually moved on to playing the guitar. His pops, Kent, is McIntire’s very 1st musical influence as his dad played (& still plays) the saxophone. McIntire’s dad, Kent, played the piano “keys” on McIntire’s 1st album, “Scars”, in 2011-2012! After high school, McIntire worked on a drill rig for a couple of years before becoming a security expert for Ted Nugent.​

McIntire 1st performed in front of people doing impersonations of one of his musical influences, Elvis Pressley, in Branson, MO. While growing up in The McIntire’s household, Elvis was King & if you said otherwise, you were in trouble!

2012 was a banner year for McIntire! He released his 1st Album “Scars” & his 1st Single “Redneck in All of Us” soured the country music charts reaching #33 in the Country Breakout Charts by Music Row!

McIntire & his band toured parts of Europe orchestrated by his bass player Bryant Hunter & acquired a multi-million-$
deal with a major Nashville recording label in Tennessee!
His dreams were finally becoming a reality!

Later in July 2012, that dream quickly turned into a tragedy as McIntire was involved in a life- threatening car crash on his way to Nashville TN from Dallas Texas just outside of Oklahoma City on I40. The truck in front of him didn’t have any working break lights & McIntire had a knee- jerk reaction to try to avoid the truck & swerved, hitting the meridian, & hit
several semi-truck trailers.

Lucky to be alive, McIntire underwent 5 surgeries to help repair some of his injuries -broken back, cracked ribs, & almost a severed arm. He now has a titanium rod – 1st of its kind – to help hold his arm together.

Trying to decide his next move & trying to realign his new vision for himself, McIntire moved to Texas where his band was currently located. There, McIntire released his sophomore album, “In These Shadows” in 2015.

In McIntire-fashion, 2 of the tracks made it to the top of the charts! “Uh-Huh” – #54 spot on the Texas Regional Radio Report & “Ozark  Mountain Stomp” achieved Top 20 Hit!​

2021, things today have semi-mellowed out as McIntire and his wife, Katie, welcomed their first baby boy, Kash McIntire, in June 2021! McIntire simultaneously released his current single “Jesse James” during Kash’s birth! So, in a way McIntire had two new babies!